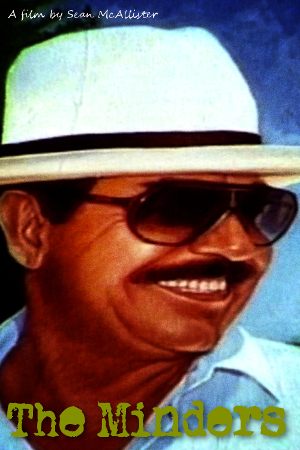 How can one escape the grip of the ever-present minders, and come away with something authentic? One answer: film them. This is precisely what BBC journalist Sean McAllister did in The Minders. McAllister was on assignment in Baghdad in early 1998 after Saddam had blocked the weapons inspections, awaiting the arrival of cruise missiles. When the crisis temporarily lifted (without missiles being dropped), McAllister decided to turn his camera on his two minders. The two portraits-in-miniature tell a fundamental truth about the sanctions: the further you are from the inner ruling circle, the more they pinch. One Iraqi hardly knows the meaning of a shortage and will happily treat you to an ice cream at your hotel. Another has to sell his furniture, his Andy Williams and Sinatra albums, and even his pin-ups of British football stars, just to eat.

‘Ala’ is a veteran ministry of information official: an affable bachelor, secure in his sinecure, a bit of a dandy, and a soft touch. Yes, he has known better days: before Iraq became a “rogue state,” he traveled abroad (his photo album is full of Western “girl friends”), and he accompanied foreign dignitaries on their Baghdad visits (here he is with a Russian cosmonaut). What he calls his “golden days” are over, but he’s weathering the sanctions just fine, thank you. Kifah, soulful and philosophical, is a part-time minder whom the ministry only taps when the foreign journalists swarm the Al-Rashid Hotel. He lives from hand to mouth, with his aged mother, in a house where everything not absolutely essential has been sold off.

Paradoxically, Kifah is a more persuasive representative of loss than the children supposedly irradiated by depleted uranium. He has spent the last decade, he says, “simply struggling to stay alive.” He built no house, bought no car, married no woman, traveled nowhere. “This is my kingdom,” he reflects, surveying his bare bedroom. People like Kifah-educated, eager for contact with the world, political outsiders-were supposed to put a brake on Saddam. Instead, the sanctions left them completely absorbed with daily survival. “Are you proud of your country?” McAllister asks. Kifah hesitates, “Should I be?” And then, “I think it’s my duty.” The sense of resignation that pervades Iraqi society could not be better summarized.

This extraordinary film was made by Sean McAllister during the last Iraqi crisis (the one defused by the UN’s Kofi Annan in person *February 1998). With air strikes averted, McAllister decided to carry on filming, making a double portrait of his two Ministry of Information minders, Kifah and Alla. The likeable and decent Kifah, a former English teacher enjoying a rare spell of paid work, is a football mad Anglophile: ‘I can’t forget Bobby Moore,’ he sighs. Alla, Head of Protocol, is a suave ladies’ man and pop fan (very taken with Chumbawumba).

McAllister carries on filming Kifah after he is dropped as a minder and in doing so creates an illuminating and touching picture of the man and of everyday life in Iraq.

Read about The Minders