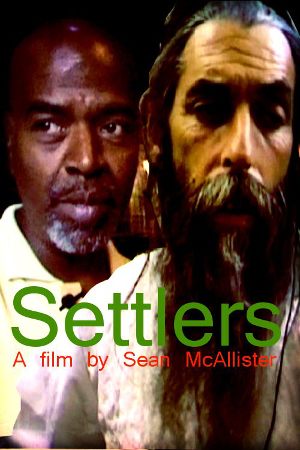 “Jerusalem is an intense place at the best of times. Tonight’s documentary ‘True Stories: Settlers’ was filmed in the city over the course of the last year (Ed:1999) when tensions have been creeping up to boiling point.

The release of Palestinian prisoners, the Israeli government granting land to the Palestinians and the ongoing settlement of Jews in Arab Muslim areas formed the backdrop to director Sean McAllister’s riveting exploration of the settlement issue through the eyes of a Palestinian, Ali, and an ultra-Orthodox Jew, Dov.

‘The Middle East is usually dealt with in an academic way on TV,’ explains McAllister. ‘I wanted to focus in on common, human things that audiences here can relate to.’

The two subjects presented themselves to McAllister almost entirely by chance. First of all the director bumped into Ali, who’d spent 17 years in jail for planting a bomb. While the self-styled terrorist-turned-tour-guide is showing him round, the larger-than-life showman Dov popped up to insinuate himself into the filming process, just at the precise moment when McAllister was looking to counterbalance Ali’s views. Ali and Dov are both fascinating characters in their own ways – the contrast between their lives and entrenched political opinions makes for a gripping dynamic.”

“With peace prospects in the Middle East looking more dire than ever, there’s insight — if no uplift — to be gained from ‘Settlers,’ UK helmer Sean McAllister’s absorbing portrait of two diametrically opposed individuals on the Palestinian and Israeli sides. Short feature merits wide play at fests and in broadcast docu slots.

McAllister met and began filming his subjects without any particular plan in mind, struck by their overlapping larger-than-life qualities as well as their irreconcilable political/religious stances.

Afro-Palestinian Ali (no surname is disclosed) spent 17 years in prison for planting an anti-Zionist bomb; now a middle-aged husband and father, his multilingual skills have made him an in-demand commentator for international news media. Brooklyn-raised Dov Shurin says he was a Hindu before converting to Orthodox Judaism. Still coming off as a bit of an acid-fried ex-hippie, riffing like Wolfman Jack on his radio show, he now lives with wife and children at a posh Jewish “settlement” in a traditionally Arab sector of Jerusalem. Both consider themselves “men of peace.” Yet it’s clear each holds dear nationalist ideologies that share no middle ground.