The 25th edition of Doc/Fest will again be bringing a wide range of films and directors to our fair city, allowing audiences to glean insights from some of the world’s most exciting filmmakers as they take on the most important social issues facing us today. Fitting the mould perfectly is Sean McAllister, someone who is no stranger to tackling big, intricate topics and often puts himself in hugely risky situations while doing so. Indeed, while filming the critically-lauded ‘A Syrian Love Story’ he was apprehended by Syrian police to be interrogated in jail under suspicion of being a British spy.

The Yorkshire-born director has received further accolades for his work in other areas of the globe, too, including 2005 Sundance Jury Prize-winner ‘The Liberace of Baghdad’ and 2008’s ‘Japan: A Story of Love and Hate’; but his latest film ‘A Northern Soul’ sees Sean returning to his hometown of Hull and turning his camera on another inspiring story with a more personal angle.

The film focusses on the life of Steve Arnott, a struggling warehouse worker with dreams of becoming a hip-hop artist. Inspired by Hull’s City of Culture event in 2017, Steve decides to take his love of music to those who have been cut off culturally. He travels in his ‘Beat Bus’ to underprivileged areas, hoping to encourage members of those austerity-stricken communities to aim high, no matter how far or out of reach dreams may seem. It also seeks to examine the social climate in Hull today following the euphoria surrounding the City of Culture festival juxtaposed with the divisive nature of the Brexit vote and detrimental public spending cuts harming the city.

A few days following the announcement that his film will be opening the festival, I gave Sean a call to discuss what he found from training his lens homeward.

Exposed Magazine – Being asked to be creative director for the Hull City of Culture opening ceremony must have been a proud moment for you.

Sean – Yeah, it really was. I’m just trying to rewind my mind back. It was described to me as being “only the most important event of the year”. Martin Green was CEO, the guy who did the London Olympics with Danny Boyle. He was really keen for me to use my documentary instincts for the ceremony, and it received just the greatest response.

Exposed Magazine – Had you been planning on doing another film in Hull prior to the ceremony or did that come about from meeting Steve Arnott?

Sean – I was definitely looking to do a film in Hull before being invited to direct the City of Culture ceremony. When I was in Sheffield for ‘A Syrian Love Story’ I let something out during an interview for Broadcast Magazine. They asked me if I was looking to do another film in Hull and I mentioned that I had been thinking of it. It ended up being sort of announced through that. There was a greater interest off the back of doing the City of Culture from the BFI and the BBC around doing a new film in Hull at the time.

Exposed Magazine – It seems that the film also examines another side of Hull, places set apart from the cultural boom emerging primarily in the city centre.

Sean – Yes. It was really interesting to be doing a film that was about the backstreets, a perspective looking inward to what was happening with the City of Culture. Rather than looking outwards, I really wanted to show what it was like for those looking at what was happening in the city centre and feeling separated.

Exposed Magazine – You’ve talked about the parallels between yourself and Steve when you were a young man.

Sean – I try to look for a part of myself in all the characters I film. For me, I suppose I was really looking for the person who was most like me twenty years ago: stuck working in a dead-end factory job. I also wanted to see what could have happened if I didn’t move away. Steve is in his forties now, and it made me think of what my life would be like if I’d never have left. From encountering Steve and seeing the parts of himself in me, his was the voice that I wanted to share.

Exposed Magazine – It seems for Steve and people in his position that it’s an uphill battle to explore personal dreams.

Sean – Definitely. In a time where austerity and the Tory government has actually removed many creative paths from education, particularly from kids in deprived areas, it’s amazing to see when Steve goes along in his Beat Bus and the kind of response he gets from these kids in areas rife with drugs and alcohol. I’m interested to explore what culture can do, and how much it can actually help people who are working class. You begin to wonder if culture is actually a luxury when you see the difficulties suffered by someone on a lower income like Steve.

Exposed Magazine – And living back with your parents while filming provided another generational take on Brexit and the development of the city.

Sean – You expect the older generation, logically, to be pro-Brexit, which isn’t the case so it’s really interesting to have something to explore that really defies expectations. What’s interesting is that Steve, who is much younger, also ended up voting to leave. You expect the situation to be the other way around in both cases. 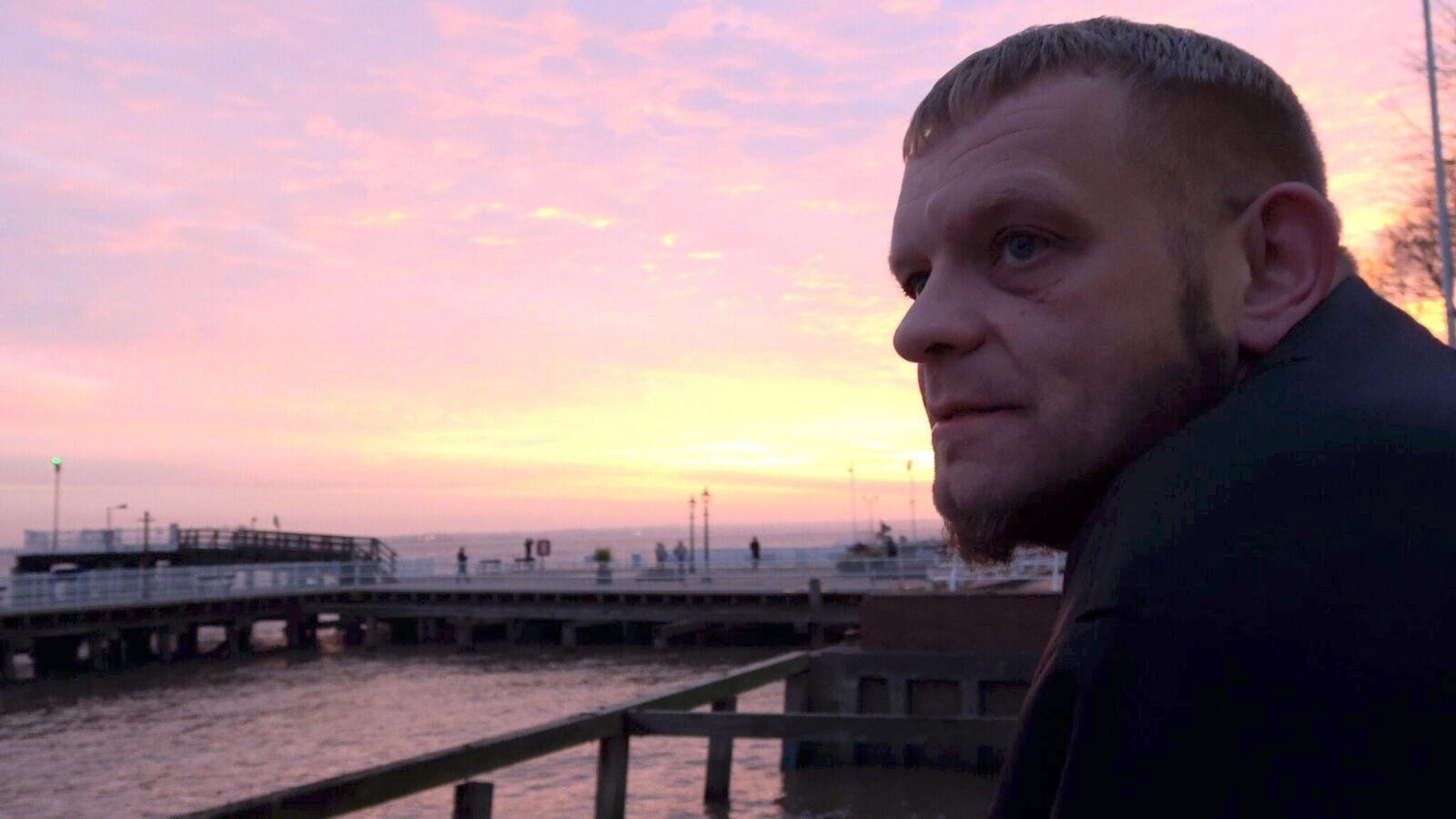 Exposed Magazine – What message do you hope ‘A Northern Soul’ brings to Sheffield at Doc/Fest?

Sean – I hope that the film is inspiring for filmmakers to celebrate the North. On the 25th anniversary of what has become such a respected and well-known festival, and as a celebration of so many different voices from around the world, this film will celebrate the voice of the North.

Exposed Magazine – What advice would you give to aspiring northern filmmakers?

See the original interview on the Exposed Magaine website